THE RICHEST HUMAN BEING EVER

THE RICHEST HUMAN BEING EVER 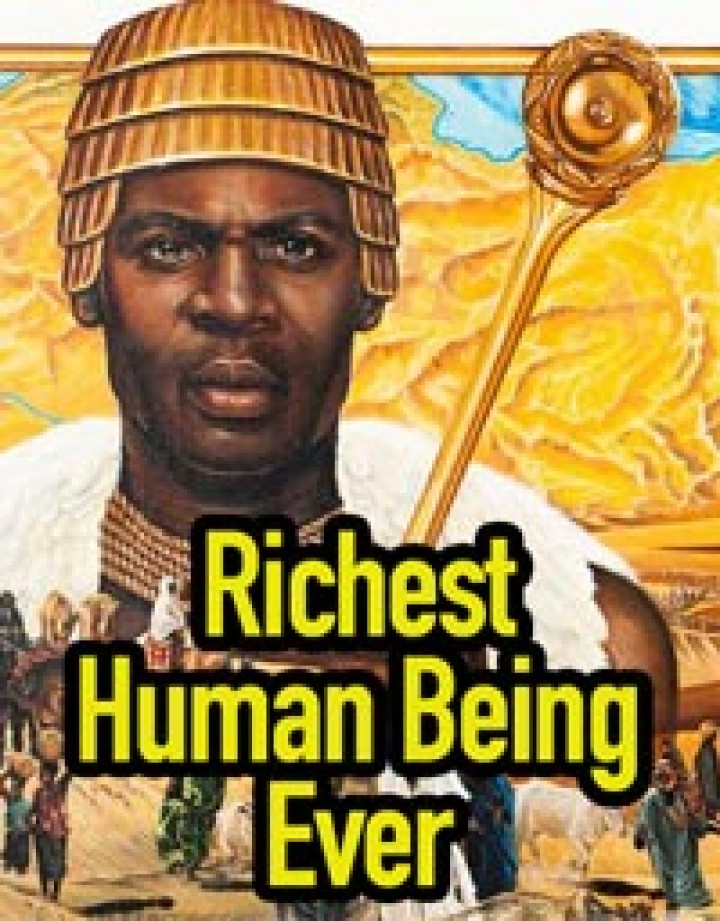 In 1312 Musa became emperor following the death of his predecessor, Abu-Bakr II.  When he was crowned, he was given the name Mansa meaning king.

His pilgrimage to Spain is very popular. He brought architects from Andalusia, a region in Spain, and Cairo to build the great Djinguereber Mosque and his Timbuktu palace which later became the trading center and a hub for Islam and culture. The wealth and advancement of the Emperor spread far and wide. Soon traders from Europe also joined in the gold trade.

While traveling through his kingdom on the way to Mecca in 1324, among his processions were several four-pound gold bars, which he gave away to the poor everywhere he went.

Mansa Musa for his love of education built the University of Sankore in Timbuktu which he equipped with resources and Mathematics and Astronomy was its hallmark. The university became a center of learning and culture, drawing Muslim scholars from around Africa and the Middle East to Timbuktu. It also housed one of the biggest library in the world with close to about 1,000,000 manuscripts.