The Untold Stories of Supervillains 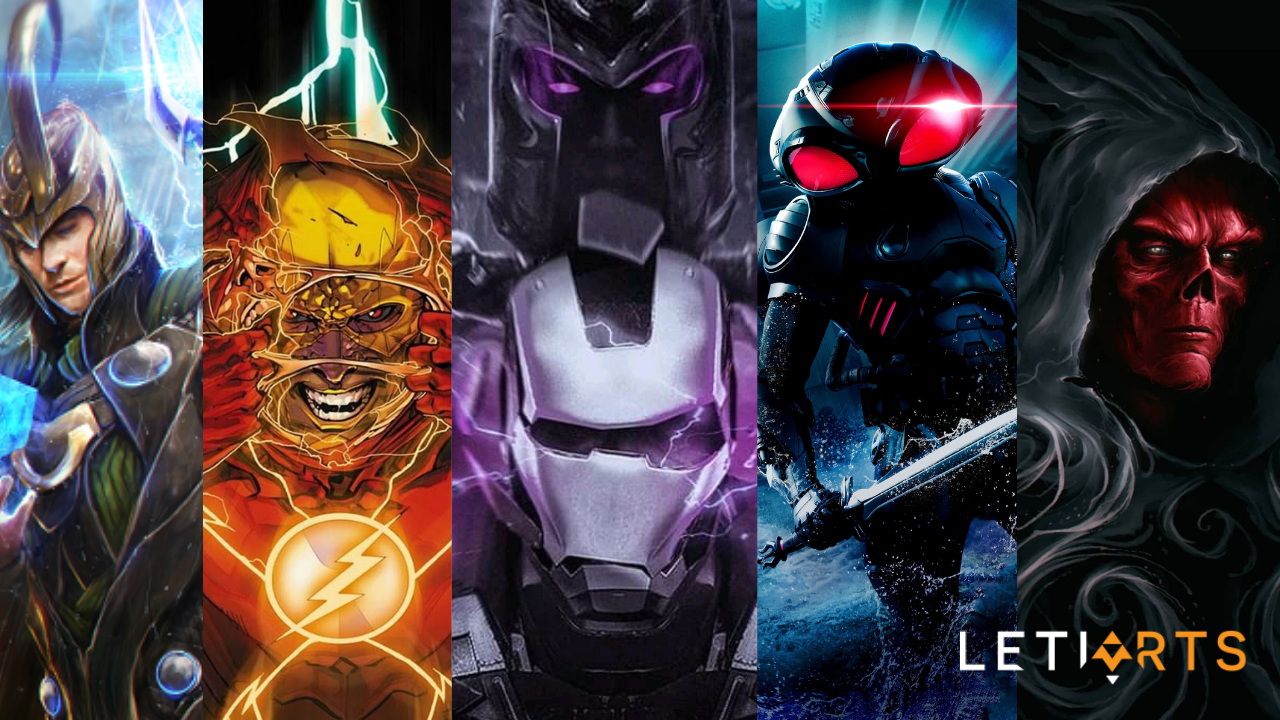 The Untold Stories of Supervillains

Everyone loves to hear the story of superheroes, one that makes them smile and sigh with deep satisfaction. Unfortunately, not that of the supervillains. The most dreaded lot in history ever. The worst nightmare of many kids and even some adults! (Believe it or not!)

They are clothed in malice and bitterness and wear the crown of envy. And the unpleasant and gloomy atmosphere that surrounds them constantly predicts doom.

Tell you what, the mental stories we carry in our minds about them are always pretty negative.

Wait a minute! Have you considered why they are the villains in most of the stories we hear or read? Or why they are so much interested in devilish acts and as such are associated with that in the movies we love to see both at home and in the cinema?

Do these villains have special reasons for choosing to put up these evil acts? Or probably it is just for fun? (What do you think?)

In all earnest, it really does sound like they use their evil to shield themselves from being harmed. (Well that’s true) And regardless of how inhuman they are, we cannot keep seeing them from a negative perspective.

What if we took time to hear their stories as well? Their past? And even their pain? How about the moments they lost touch with everyone around them, out of disappointment and desperation? The times when they reached out to many but were ignored. The very lives they trusted that gave them no listening ear. And not forgetting their family and friends that betrayed and rejected them. Probably that was the period they gave up and decided to put on the clothes of villains and sing their songs as well. Songs that till this day, innocent people are dancing to.

And oh! Have you seen Mortal Kombat movie? Ever noticed that Princess Kitana was seen as a villain at one point in time?

Did she have her reasons? Yes she did!

Inasmuch as she knew she was a better person than she portrayed, her utmost desire to honor her father’s words led her on the wrong path. Perhaps, she wasn’t ready to face rejection from her father. (Have you ever thought of this?!) Well, this makes a good example as to why blood is thicker than water. Princess Kitana chose to stand with her evil family than team up with strangers at a certain point in time (Personally, I would have been astonished if she had turned her back on her father at that moment. Well, eventually she did but still had her reasons)

What about Kilmonger from the story of Black Panther? He became a villain and was seen as a threat to the whole Wakanda Empire. Did they really understand his story and why he chose to show up for vengeance? Did they feel his pain of having to grow up in the absence of his father who was murdered by the then ruling king – his own brother? Not many understood him and his heart was so cold that his actions cost the entire nation.

Ever taken notice of Painkiller and Jefferson from Black Lightning? They both have different stories to tell. They had all gone through some form of pain and had some pretty bad experiences in the past.

Fortunately, out of pain Jefferson chose to conquer evil with good and finally became a Superhero in
Freeland bearing the name – Black Lightning.

Funny enough, the story wasn’t same for Painkiller. He let his emotions overtake him and drive him
straight into the hand of a supervillain who trained and used him simultaneously. In the long run, it cost
Painkiller his dear life.

What am I implying?

That the weakest at heart happen to turn out as the villains we all know of today. Despite all their acts,
they’ve still got that soft spot which has been hardened for years. A little warmth at that spot could
transform them completely.

Their wounds never heal and their pasts keep haunting them making them thirsty for vengeance. They
can neither stand being hurt nor in pain so they surround themselves with negative energy that many
cannot stand.

They act and think like monsters. Like snails, they coil up in their shells to avoid being hurt. Like serpents,
they are ever ready to give a poisonous bite. Like lions, they are ready to roar and devour. And like the
superheroes, they also desire to be seen in the headlights. Too bad, they achieve nothing at the end. All
their efforts result in division which brings about war, loss of lives and properties, and more hatred. And
their plans come to ruin when the Superheroes show up to save the day.

Thanos did all he could to prevail, unfortunately it was ruined by the Avengers.

So were Kilmonger’s and Tobias Whale’s plans in Black Panther and Black Lightning respectively.

Villains might at some point in time have good intentions, unfortunately, their corrupted hearts and their
approaching techniques always give them away. (Sad story)

Likewise the supervillains; in the Africa’s Legends story who kept fighting the Legends. These African
superheroes continuously forsook sleep just to see many deserted locations become places fit to be called
home.

You might want to check out the full story of the Africa’s Legends and their encounter with the treacherous
supervillains on the Afrocomix app (just so you know, it’s available on Google Play).

So the very next time you decide to hate a supervillain from any storyline, do yourself a favor and get to
understand their stories first. You just might fall in love with them!