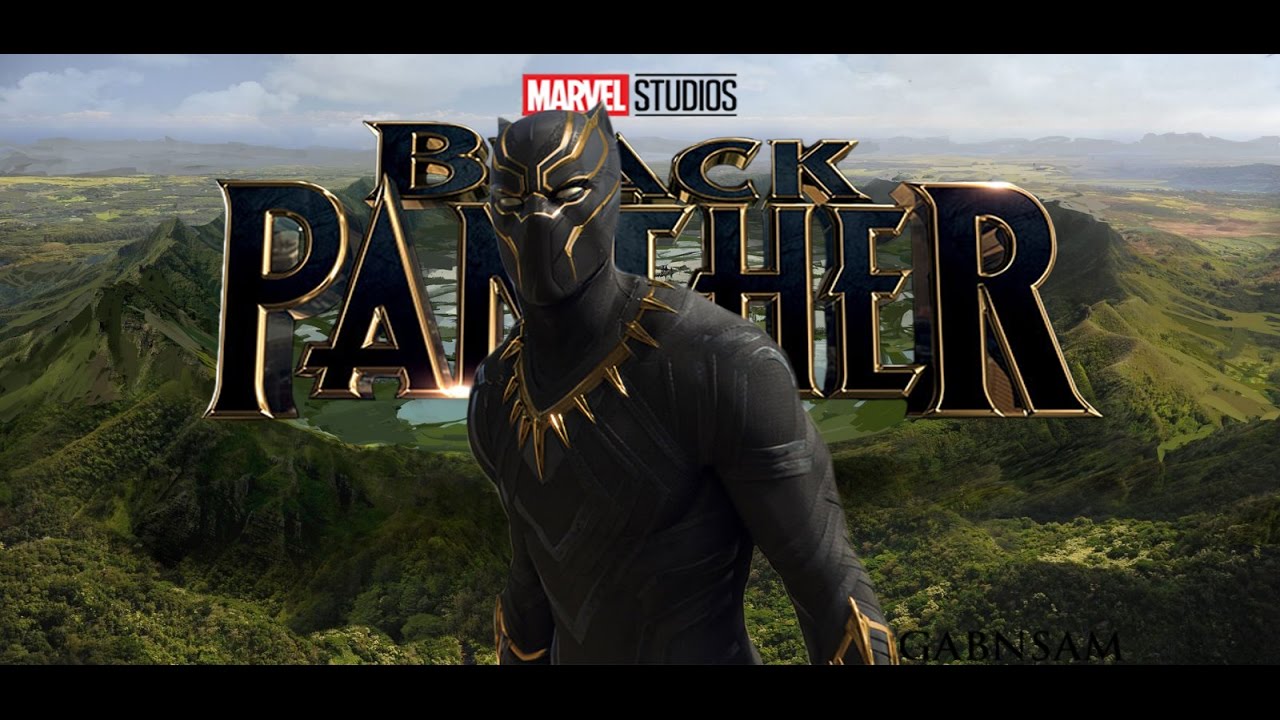 If by now the Black Panther fever hasn’t caught up with you, you must be living under a literal rock. For the longest time, Leti has been obsessed with telling the African story in a positive light with our games and comics; our Africa’s Legends superhero franchise will attest to that. So can you see why I was very excited when Black Panther, the movie, was announced? Finally, maybe Hollywood would get it right. I mean, Black Panther has a great story and political history, it will take great story telling and directing to bring it all to the forefront. I’m not denying the fact that Hollywood has done awesome work in the past but after a lifetime of seeing Africa portrayed as a struggling, war torn continent with greedy leaders (not entirely false), I was eager to see a progressive Africa, albeit a fictional one.

The release of the Black Panther movie has been met with a lot of satisfaction by Africans both in the Diaspora and on the continent and I really can’t fault them because I am one of them. The fact that it is the first predominantly black superhero movie from Marvel and also touches on issues such as racial, technological and female empowerment is a huge morale booster. In a climate where many Africans feel powerless, the portrayal of an African country untouched by colonialism but living a life without needing the support of our white brothers is a welcome novelty. To paraphrase Lupita Nyong’o who plays Nakia, Wakanda shows the Africa that could have been had she not been colonised and allowed to bloom on her own. Wakanda, the country in which our story is set, is a matriarchal community, which gives a nod to all the females fighting for equality. The powerful Dora Milaje, the royal guard, is made up of fierce female warriors whose sole duty is to protect the royal family. I am instantly reminded of the famous Ashanti queen, Yaa Asantewaa, who led the men of the Ashanti Kingdom to fight against the British in 1900 in the War of the Golden Stool. Imagine if we had even fifty women of her calibre back then. Let me not digress. Black Panther is just the positive African story that we have all been waiting to see from Hollywood. 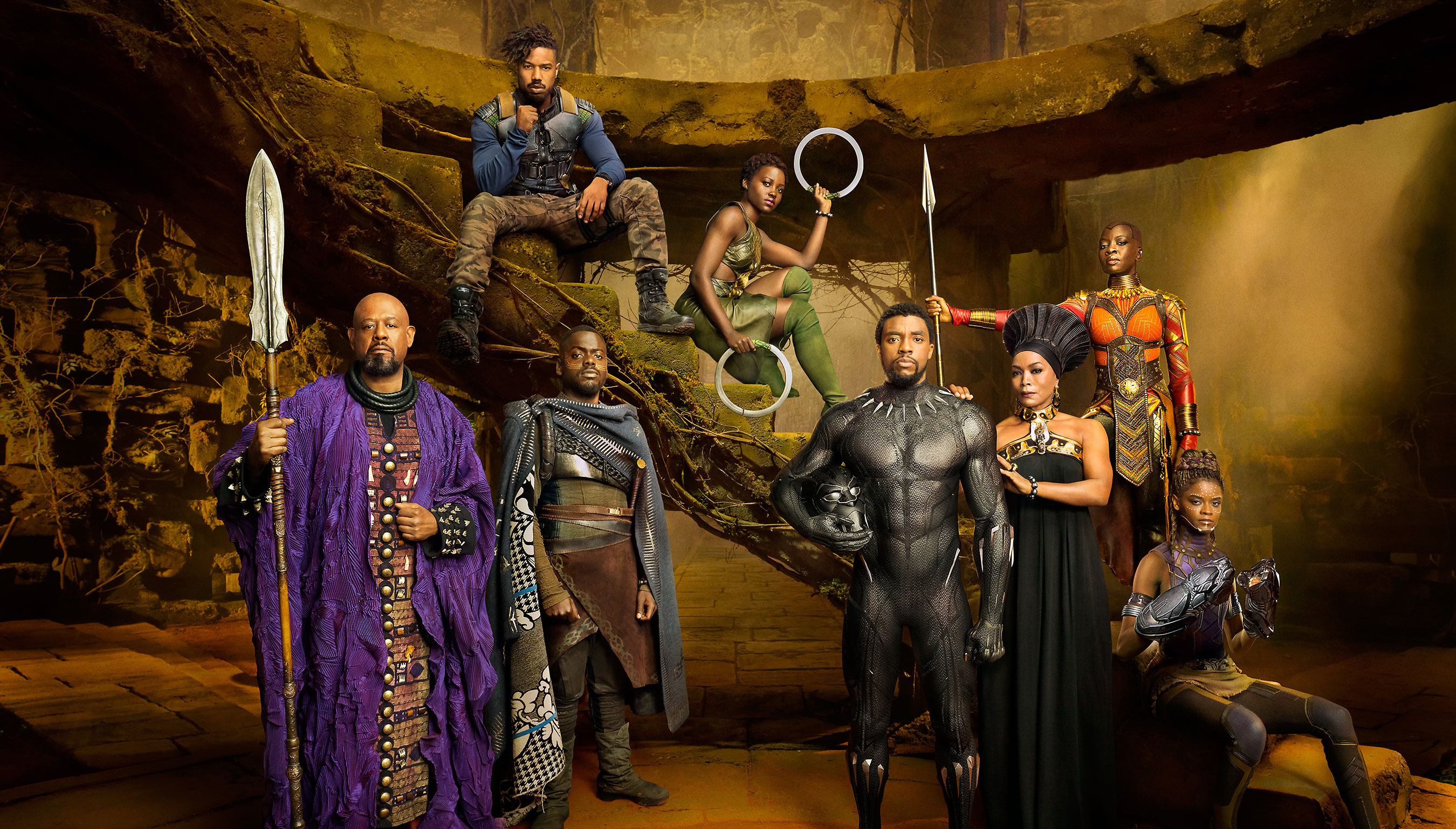 Black Panther is the ceremonial name given to the King of the fictional country Wakanda, set somewhere is South Eastern Africa. Wakanda masquerades as a poor, farmland, third world country when in actual fact, it is possibly about a century ahead of the rest of the world in terms of technological advancement due to their access to vibranium, a metal from a meteorite that hit earth about 10,000 Marvel Universe years ago. All this is however concealed from the rest of the world as Wakanda lives in isolation with the fear that their technology will be exploited for evil if exposed. Looking at our version of Africa today though, we can’t blame them.

We follow King T’Challa as he ascends the throne after the death of his father King T’Chaka. He becomes the Black Panther, King and protector of Wakanda after undergoing the traditional ritual of drinking the juice of the heart shaped herb which gives him panther-like abilities.This plant can only be eaten by the royal family.  His abilities include enhanced strength, endurance and reflexes.  He also has the knowledge and strength of past Black Panthers and dons a fancy vibranium suit that can absorb kinetic energy and also has cloaking tech. Batman legit has nothing on him. His sense of smell is so developed that he can smell fear and lies just by body odour. As a young man, he was educated in the best schools abroad and is a genius, multilingual and a master combatant. 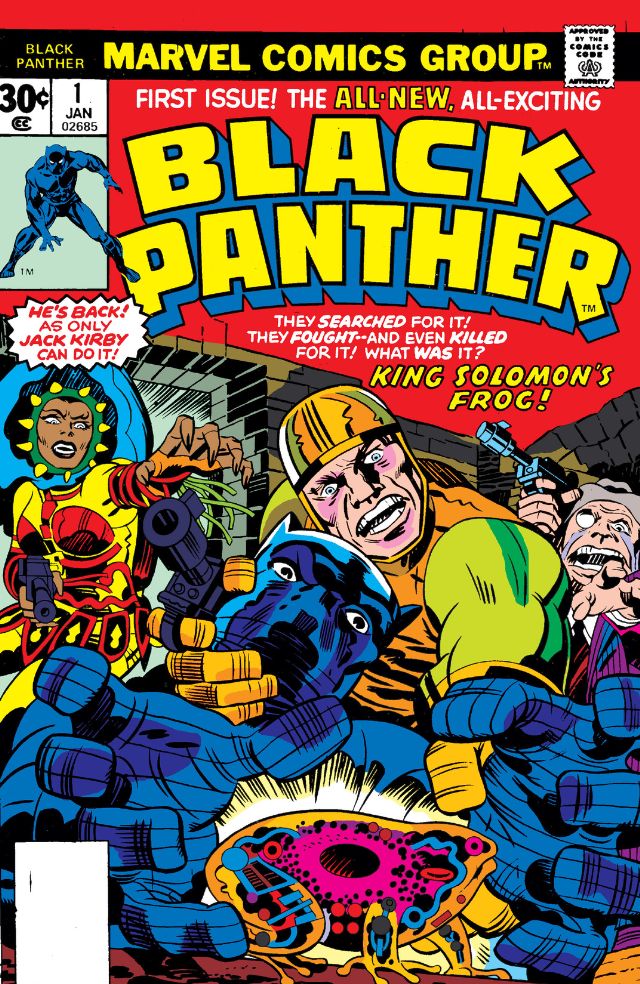 Black Panther, the comic, was created by Stan Lee and Jack Kirby in 1977 after making a couple of appearances in Fantastic Four comics since 1956. He was the first mainstream black superhero to be created before the likes of Luke Cage, Falcon and Black Lighting. He is affiliated to The Avengers and married to Storm from X-men.

WHAT DOES BLACK PANTHER MEAN FOR AFRICAN SUPERHEROES  AND TECH INDUSTRY? 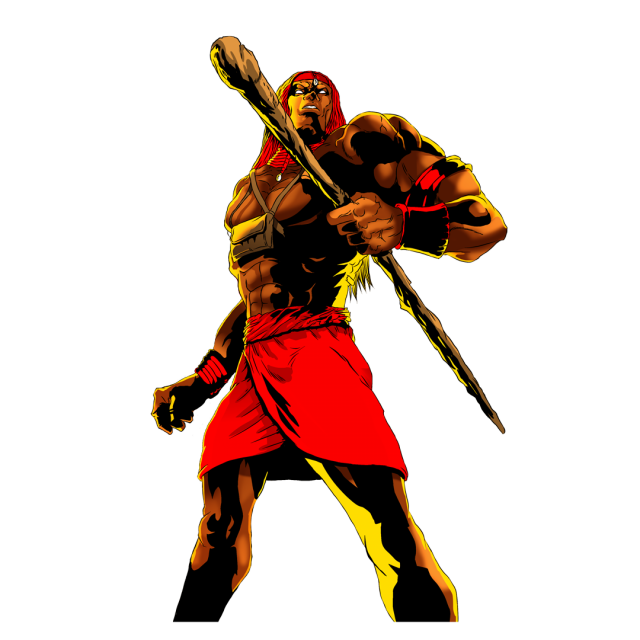 What Marvel has accomplished with the Black Panther movie is a laudable feat. With the right story, team, resources and budget the African entertainment industry will make a turn. I pray Black Panther stimulates the minds of our Nollywood, Ghallywood and all the upcoming “wood” stakeholders. Producers should be looking within to raise such budgets and be willing to invest into quality than quantity because we are absolutely capable of creating such excellence. To buttress the aforementioned concept, let’s look at how Ruth E. Carter, creator of the amazing costumes we saw and identified with explained her creative process. She studied designs from several tribes across the continent and fused them to create something new. It was really fun identifying the various bits of Africa represented in the movie. Carter drew inspiration from the Mursi in Ethiopia, the Zulu and Basothos from Southern Africa, the Kenyan Maasai and the Himba from Namibia. We do applaud her as she tried to fit as much of Africa as possible into a two hour movie.

Nonetheless (this is absolutely not a comparison), dare we say we work as hard if not  more with our limited resources here at Leti Arts. A substantial amount of time is spent on research and character development to make sure that our muses are correctly depicted. Getting it culturally right is very important. As much as we are all for African unity, we are quite aware of how unique each country, tribe and ethnic group is. We therefore try to have these represented individually. Looking at the samples of our creative process below, the intricacy of of our work is very evident. 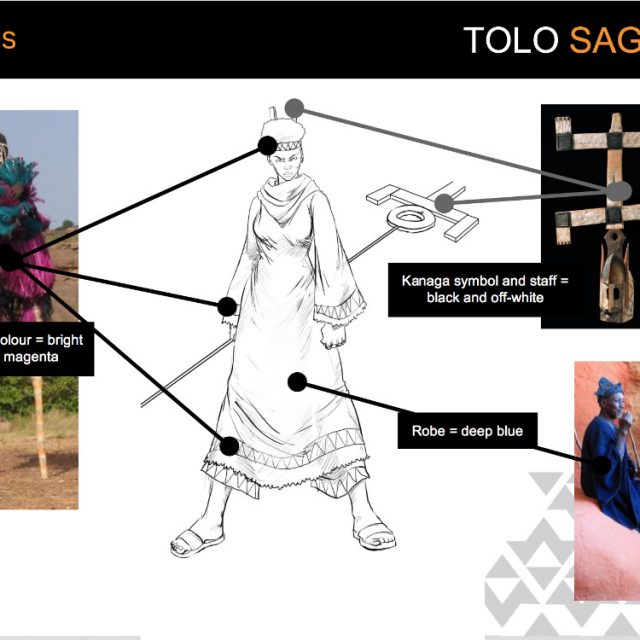 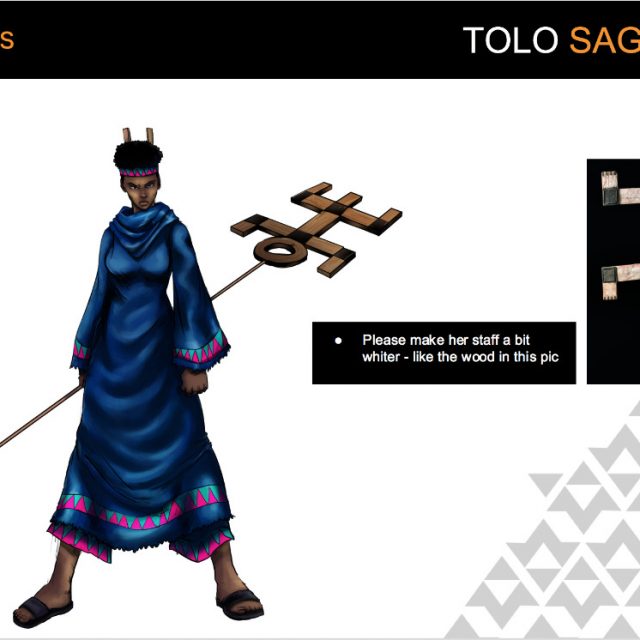 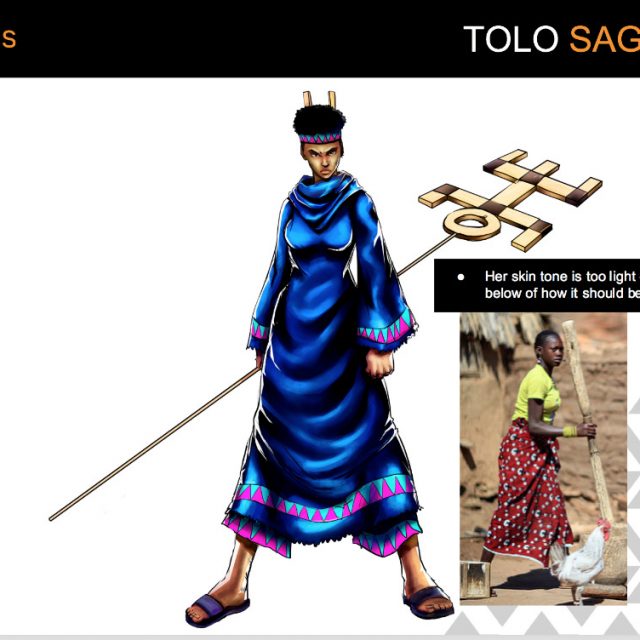 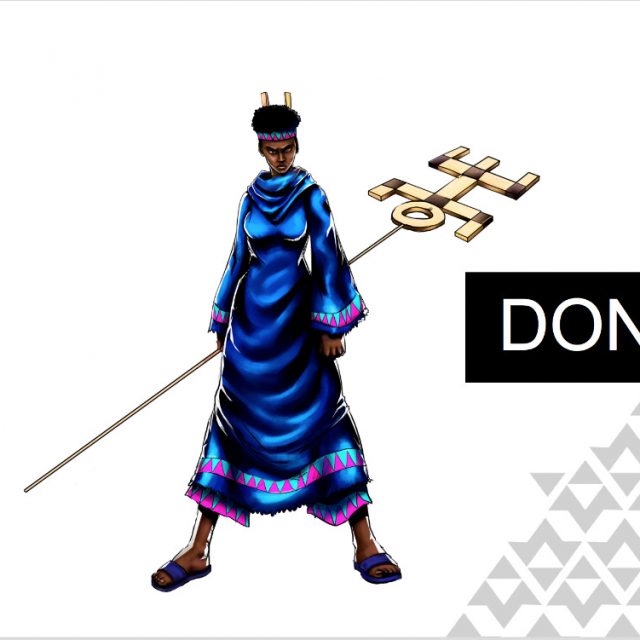 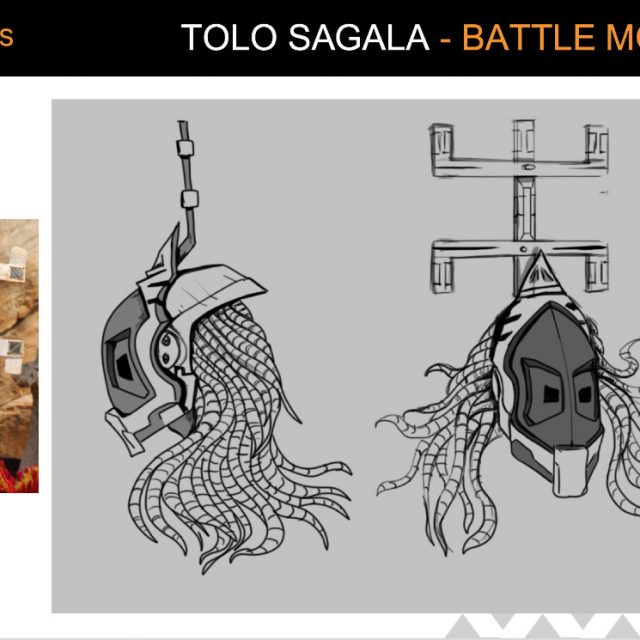 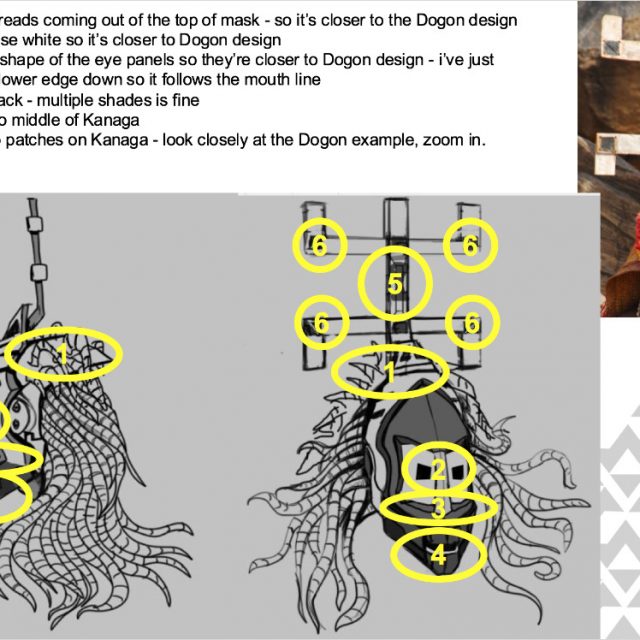 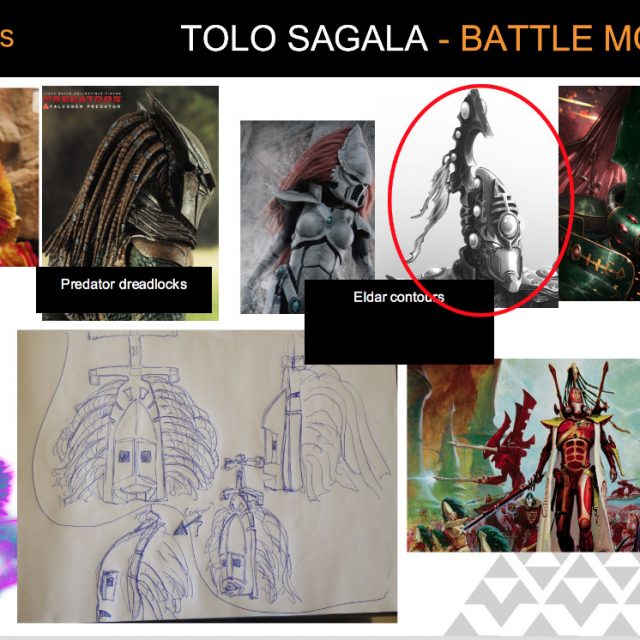 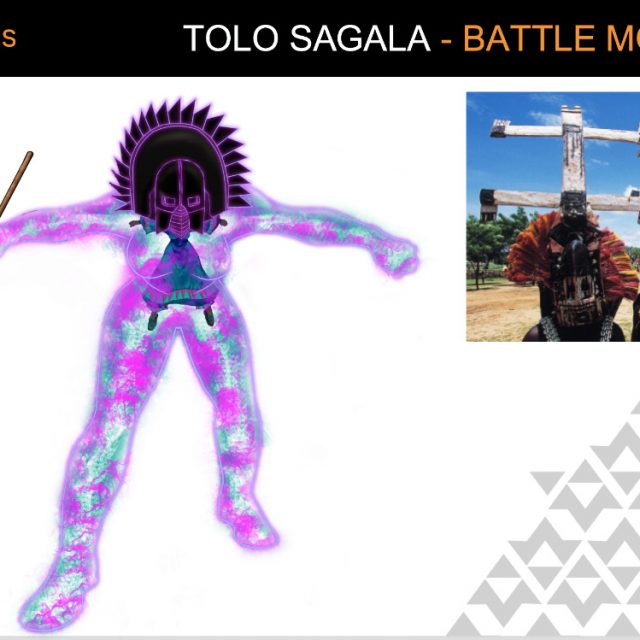 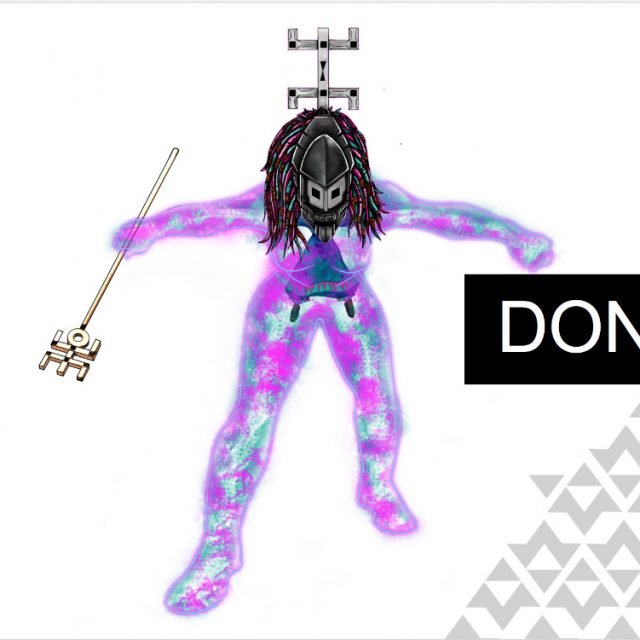 We drew inspiration from the Dogon tribe of Mali who had scientific prowess to create our Tolo Sagala a character in our AL Reawakening game. They can be likened to the Mayans and Aztecs for their astronomical lore. They actually had knowledge about the Sirus B star years before it was photographed by a telescope in 1970. We shouldn’t ignore the fact that they had no astronomical devices and Sirus B is not visible to the naked eye. 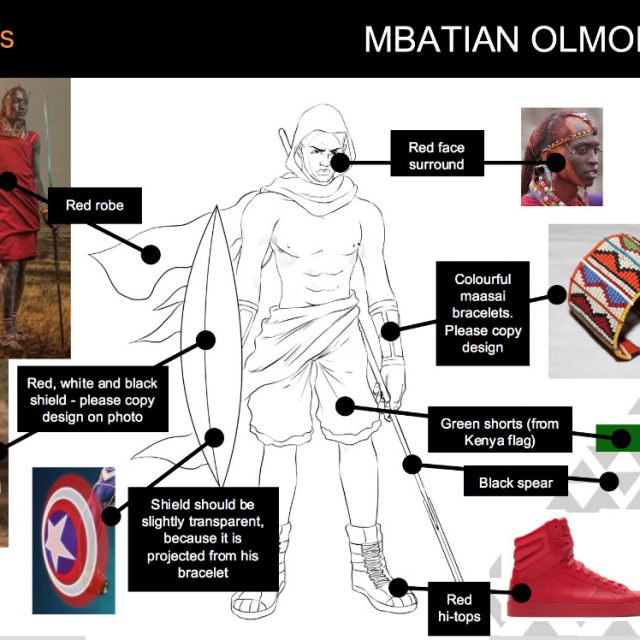 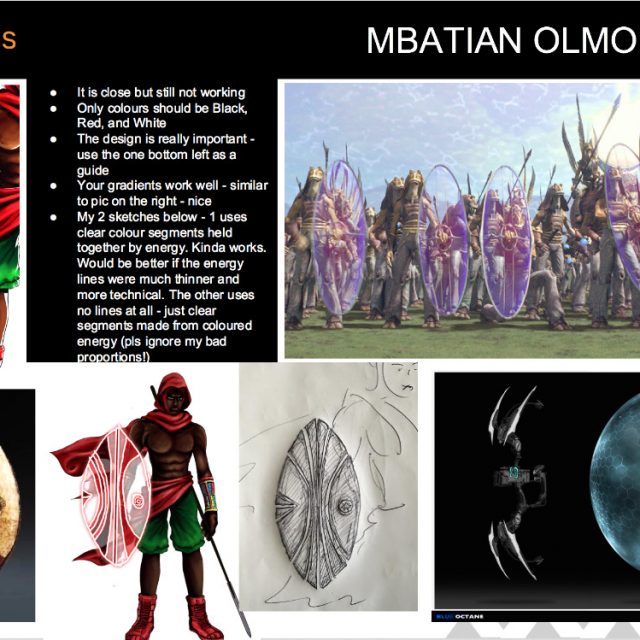 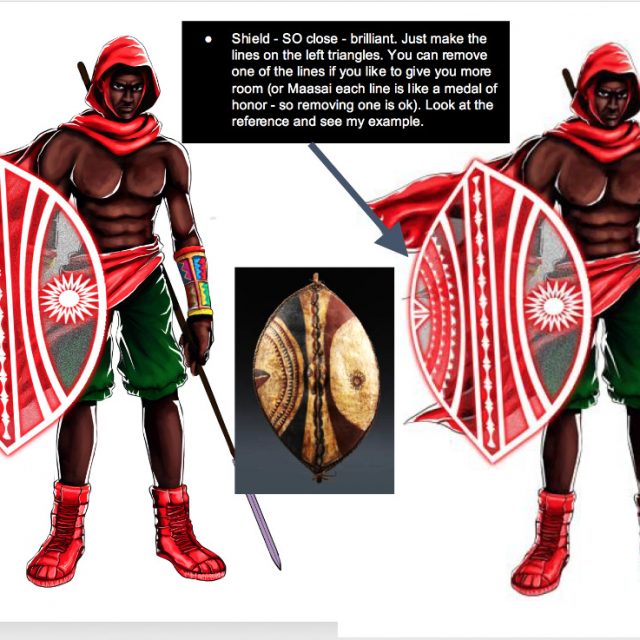 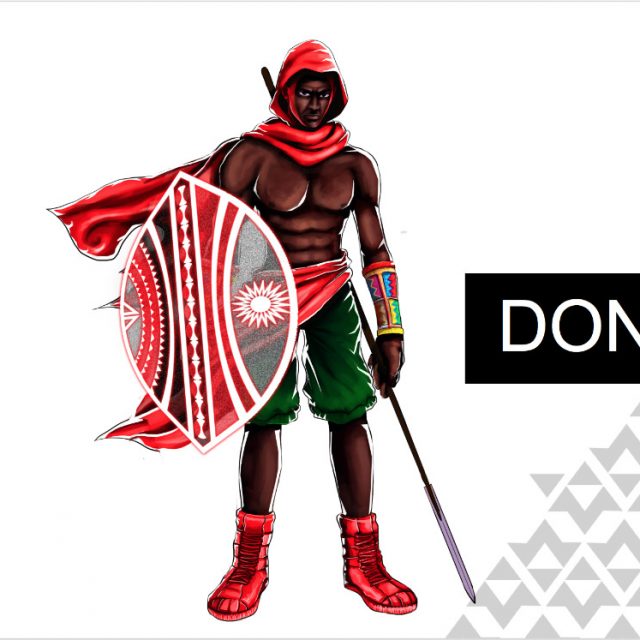 Olmoran is based on the Maasai of Kenya who are a major tourist attraction due to their long preserved culture. They are most famous for their colourful clothes. Our character here happens to be a superhero who inherits the strengths of a lion through his family lineage.

For the past eight years, Leti Arts has been working on creating superheroes that are based on actual historical and folklore characters from all over Africa that tackle present day issues that plague us. We re-imagine these characters as an elite superhero squad called Africa’s Legends. The reception of the movie is more than enough proof that the world is ready for authentic and positive African stories. It has paved the way for us to present our content to the world. Comic and non comic fans alike will now scour the internet for other positive representations of Africa. Trust me, all such talents exist right here in Africa. Our work is made 100% by Africans mostly self taught. We use local expertise to make content that compete globally as our tagline says.. You want proof? Discover Afrocentric creativity by checking out our new app that addresses all the fragmentation in our industry over the years. Remarkable African talent everywhere on the continent highlighted in one app with monetization clearly figured out. 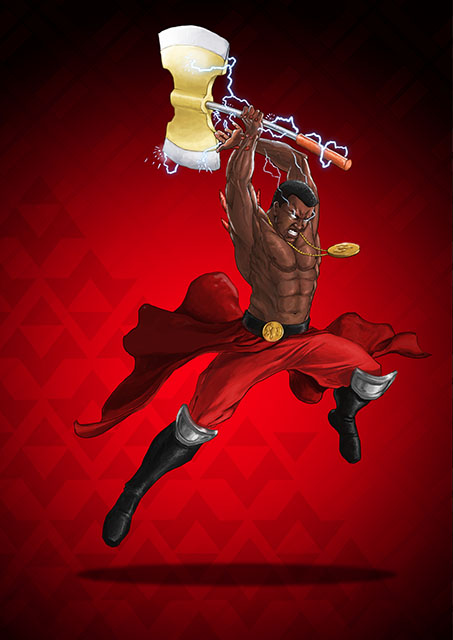 Our new app, Afrocomix, will make this process hustle free and even more exciting as with the download of one app, users will have access to tons of authentic Afrocentric comics, wallpapers and short animations. It is our dream that, when they come across our stories, be it games or comics, their view of the continent will be renewed.

Give or take away the fantasized technological advancements of Wakanda, it will surprise majority of people in Europe and America to see how tech-forward we are as Africans. There are a lot of incubators that train hundreds of young tech entrepreneurs annually. Most of them go on to start businesses and create employment. Africa is fast catching up to the world. I encourage Africans to start documenting their success stories to encourage and enlighten others. I have exemplified this by documenting my journey from childhood to pioneering the game development industry in Sub Saharan Africa in my maiden book Uncompromising Passion, The Humble Beginning of an African Video Game Industry. With the right resources, attitude and uncompromising passion, Wakanda can become a reality. Can you imagine the Legends visiting Wakanda or working together with Black Panther??? It would be a sight to behold!!! 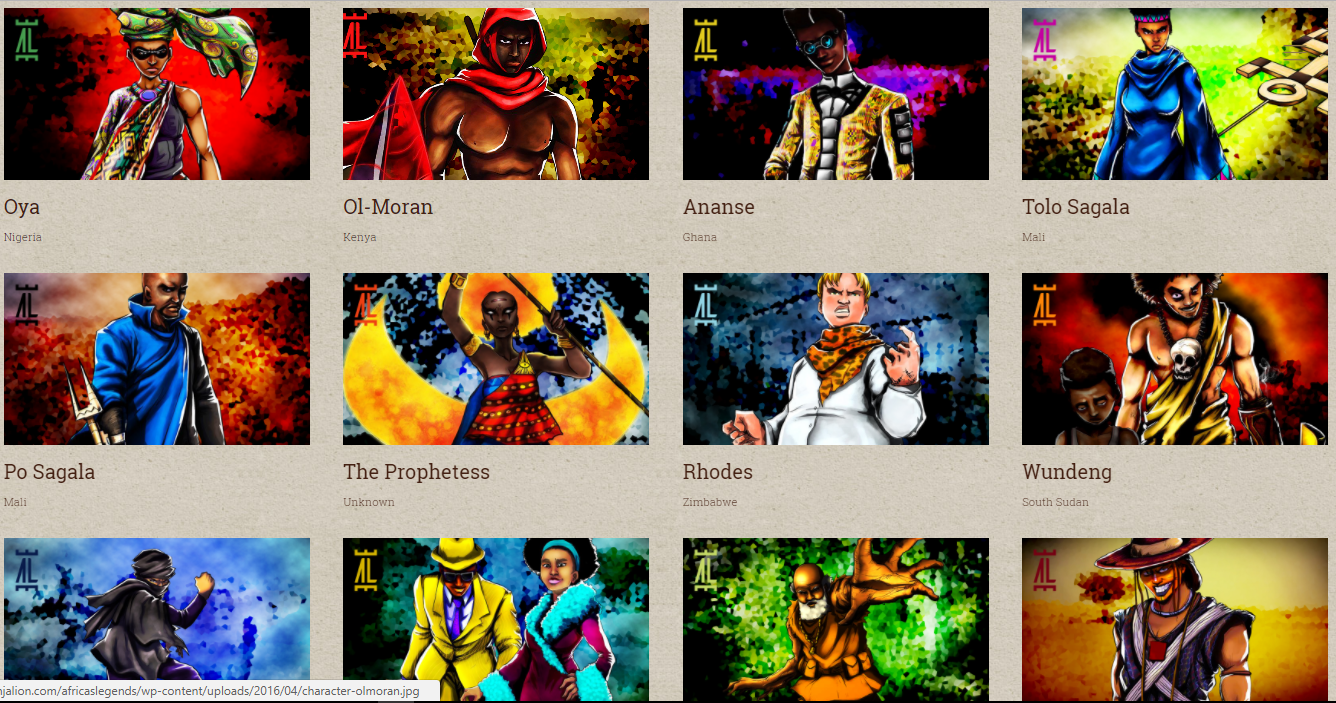 HIGHLIGHTS FROM THE MOVIE