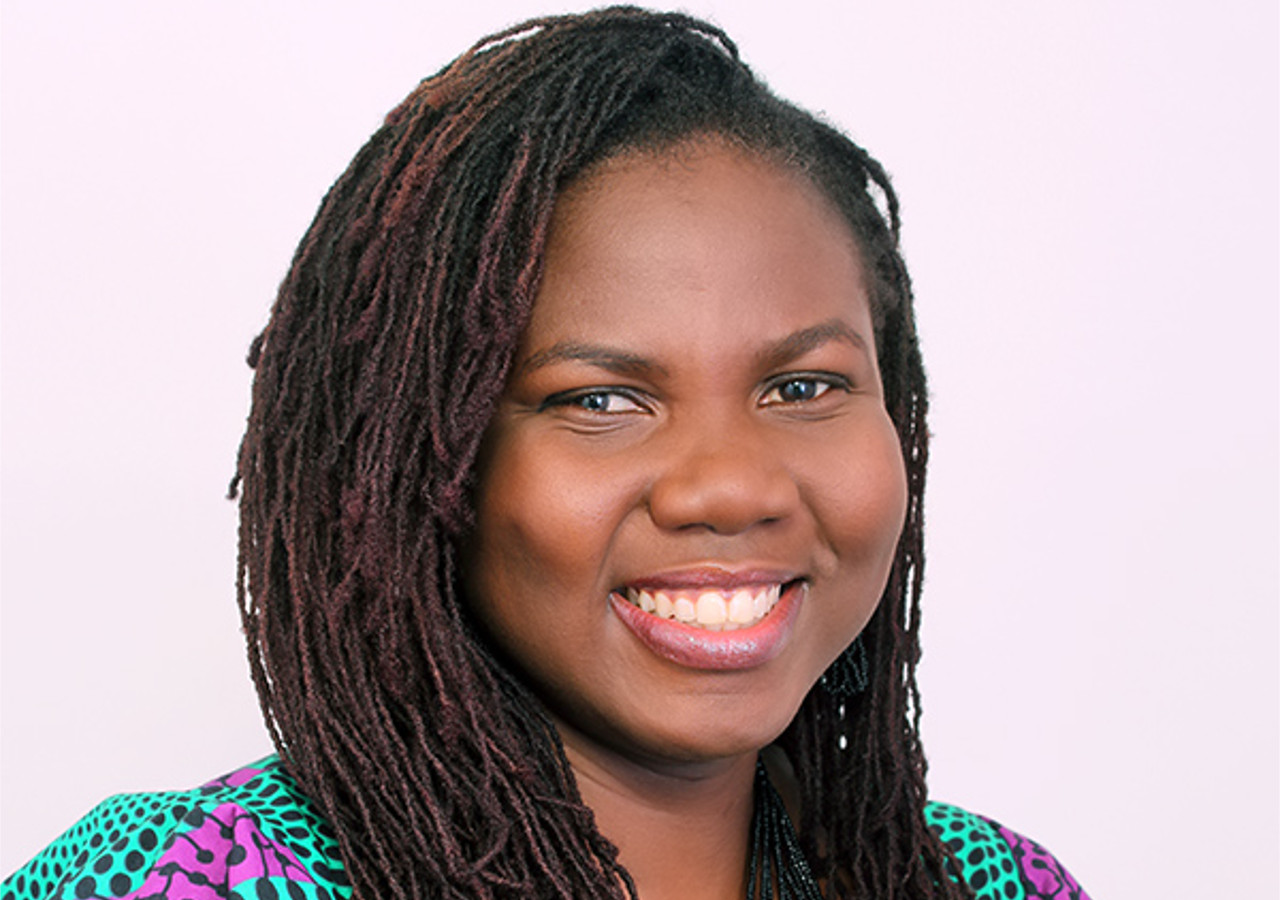 The Trotro Trio is a fun packed adventure book series that has already began creating major buzz among audiences.

As Afrocomix, we’ve been able to give you a little taste on what the series is all about in our previous blog.

Recently, we got an amazing opportunity to take a deeper dive into the Trotro Trio story.

The series’ first book, Blast to the Past, has been penned by one of Africa’s own renowned female authors whose one of a kind stories ever promise to leave readers at the edge of their seats eager for more.

We thus had the absolute pleasure of having a chat with her to get an inside look into her career, the Trotro Trio book series and other details her fans and readers might be curious about. Here’s what our amazing heroine had to say…

Tell us a little about yourself…

My name is Ruby Goka and I absolutely love books! Well to be truthful, books and food. And cats and dogs and plants.

What inspired you to be a writer?

I started writing after Junior High School but I didn’t actually consider myself a ‘writer’ until my first books got published. I’ve always loved stories and telling stories. As a child, I used to enact plays with my toys for my audience of one– my brother, who had no choice but to sit and listen to me tell my stories before he could go out and play.

The Trotro Trio book series is one of your most recent works that you are currently working on. Could you tell us what the series is about?

It is a fantasy adventure series that focuses on three friends – two siblings and their cousin – who travel through time and space, throughout the African continent, experiencing key moments in history firsthand. Along the way, they solve mysteries, learn about their continent’s rich cultural diversity, acquire important new skills and forge lifelong bonds of friendship. The series begins in Ghana, spirals outward to Sub-Saharan West Africa and expanding even further from there.

Each book is self-contained, requiring no other information from separate books or adventures, though there are definite connections, thematic threads and references to the plots of the other books.

What is the inspiration behind creating this phenomenal story?

The initial idea was actually conceived by John Schaidler from Full Circle Publishing. He got in touch with me and told me about what he had in mind but before that, I’d pitched an idea with the same theme for a contest, but in mine, the medium of transportation to the past was a Grandmother’s cover cloth. My idea wasn’t picked so when John contacted me, I thought, “Super”.

The idea was to make our history more exciting and fun for African children and to let them know they come from greatness. The characters in the stories experience key moments in history as it happens and they learn something they didn’t know about the continent.

With the news these days it’s easy to think Africa is all about famine and poverty and disease. But with our books, we’re hoping to change that narrative: to let children know about centres of learning like Timbuktu, the amazing women warriors of Dahomey and people like Mansa Musa.

I’m not the only writer in the series, we’re a group of writers spread across the continent so as to be better able to tell the African story. I begin the series, Stanley Gazemba from Kenya will write a few and then it goes on.

To find out more about the work Full Circle Publishing does please click this link.

Why a trotro? Is there any significance behind picking a trotro as the magical vessel of transport in the story?

Trotros are a common means of transportation all across Africa, and children will be able to identify with them.

And we just liked the idea of an old trotro rising off the ground, spinning wildly and disappearing off somewhere.

Are there any secrets from the series (that aren’t in the blurb) that you can share with us?

We don’t want to spoil your reading experience, so sorry, no spoilers.

The Trotro Trio have the look and feel of such well thought out and relatable characters, can you tell us a little more about them?

There are three primary characters, who each have complementary skill sets. Plus, their tag-along dog. As the title implies, the Trotro Trio functions best as a team, when each member contributes and they build on their collective strengths, covering up or smoothing over each other’s weaknesses and shortcomings.

Akosua (Kojo’s sister) is fourteen years old. She is the thinker and the analyst of the group. She believes in the power of science, logic and deductive reasoning. She firmly believes that she can think her way out of any problem. She has a tremendous command of historical knowledge, with a head for dates and seemingly random facts.

Kojo (Akosua’s brother) is twelve years old. He explores the world with his senses, especially his hands, picking objects up and beginning to examine them before fully thinking things through. He is a budding mechanical genius, able to fashion tools and simple machines from the common items he finds almost anywhere. He is courageous, to a fault, willing to risk his own life to help others. His major weakness is his recklessness and impulsivity.

Gifty is the sibling’s cousin. She is fifteen. She is the ultimate extrovert and can charm just about anyone. Her emotional I.Q. is high. She is quickly able to understand others’ emotions and figure out what they want. Unfortunately, she knows almost nothing about history, politics, or world events. Most of her knowledge comes from pop culture – music, movies, TV, gossip magazines – to the point that sometimes her solutions are to copy the plot of a soap opera or telenovela that she’s seen and try that.

Rusty is Akosua and Kojo’s dog. Rusty is orangish-brown in color, relatively small, extremely smart and very quick. He is able to slip into and out of small spaces with ease and seemingly run all day. He is the very definition of “tireless.” He is also loyal and fearless, sometimes several steps ahead – literally and figuratively – of his human counterparts.

Among the Trotro Trio, who’s your favorite character?

I’m an animal person, so definitely Rusty the dog.

Could you give us a little taste of what the first book of the series, Blast to the Past, is all about?

In order not to give away too much, all I’ll say is they travel to Notsie, during the reign of King Agorkoli.

In terms of the reader audience, who is this series best suited for?

Our main focus is children in upper primary (tweens) and some precocious lower primary readers. The chapters are short, there are lots of pictures and the stories are fast-paced to keep their attention.

That being said, the books can be read by anyone who enjoys a good story.

Where do you foresee the Trotro Trio story growing and evolving to?

Since Africa is such a huge and diverse continent, I’m hoping we’ll be able to celebrate at least 100 books in the series. Fingers crossed.

And I’m hoping in some editions of the books the Trotro might also take the children into the future. I’d like a book on a futuristic African continent.

What do you hope readers take away from the Trotro Trio?

First off, I hope they really enjoy the books. I hope Akosua, Gifty, Kojo and Rusty become such loved characters that they almost become like friends to our readers. I hope the series is so loved that it defines the childhood of children in this generation. I hope these books are the books that get a whole generation of children to become life-long readers.

I also hope that through these books, African children can be proud of who they are and know and understand they are descended from greatness.

Aside from the Trotro Trio series, are there any other books or stories you’ve penned?

Yes. Below is a list of books I’ve written and some awards I’ve received.

Inspire Us Collection – Whatever It Takes – 2019
(Honour Book)

Burt Award for African Literature – Those Who Wait – 2012
(Honourable Mention)

Where can readers find or purchase your books or works?

My books are available on Amazon here or here.

And via Booknook which ships worldwide here.

The picture book, Mama’s Amazing Cover Cloth is available on Booknook and online via this link.

Do you have any projects you are working on or ideas for future stories that we can also look forward to?

Are you on social media and can your readers interact with you?

To wind up, do you have any piece of advice you could give to any aspiring writers who may be reading this?

There you have it! Your very own inside scoop on the Trotro Trio series!

We, as Afrocomix, would like to give a big thanks to Ms. Ruby Goka and the Full Circle Publishing team for allowing us to get an insider look into the series as well as the opportunity to share it with you all.

From the snippets of the series thus far:

What are your thoughts on the Trotro Trio story?

What stories would you like to see the trio explore?

What country or region and time period should the Trotro Trio visit next?

What historical event would you like to see explored?