Over the course of several decades, gaming has found its way into the hearts of many Africans but very little revenue is generated from it. This is mainly because just a few of these games are built here. What we at Leti Arts want to do is to develop the African gaming industry using our history, folklores and local talents. Since the African gaming industry is still under developed, we are faced with a big issue of human resource but we are doing the next best thing by training them. We offer internship and mentorship programs to both senior high school and college students who are interested in building careers as programmers and illustrators. We believe that if you are good at something, you make more of you.

Passion and determination are the two most important keys in starting a venture and we have that in abundance (lol). Eyram Tawia from Ghana and Wesley Kirinya from Kenya the founders of Leti Arts are both self-taught game developers. What started as an online friendship between Eyram and Wesley many years ago has now birthed one of the few successful gaming companies in Sub Saharan Africa. They have always been into gaming and how it works so it was actually no surprise that they started a company together. They had developed games and other software by themselves before teaming up. Wesley had built a game called Adventures of Nyangi which was based on Tomb Raider while Eyram had written some softwares including BlackDJ that was being used by a lot of radio stations in Ghana. 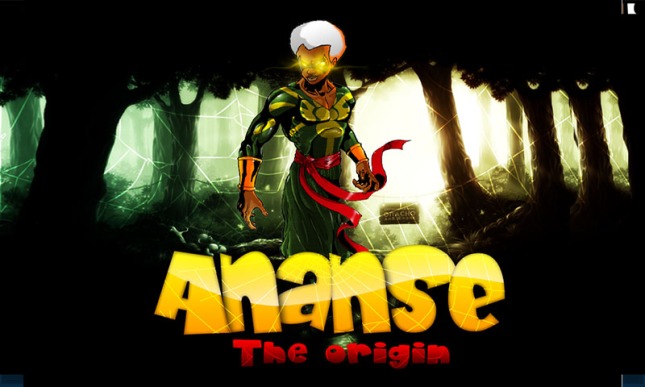 To tell Africa’s story in an African way is the core goal for building this gaming company. Several games had been set in Africa but it didn’t do justice to what and who we are as Africans. Our stories find a way of merging the past with the present by casting historical characters from across Africa as superheroes. Our current project, the Africa’s Legends game uses both historical and fictional characters to fight crime in 21st Century Africa. We have characters like Ananse and Shizo from Ghana, Ruddy from Nigeria and a couple of others while our comic series The True Ananse tells the story of Kwaku Ananse and his adventures.

Leti Arts is the revolution of gaming in Africa. We hope that our games which are made in Africa by Africans will become a household name worldwide.