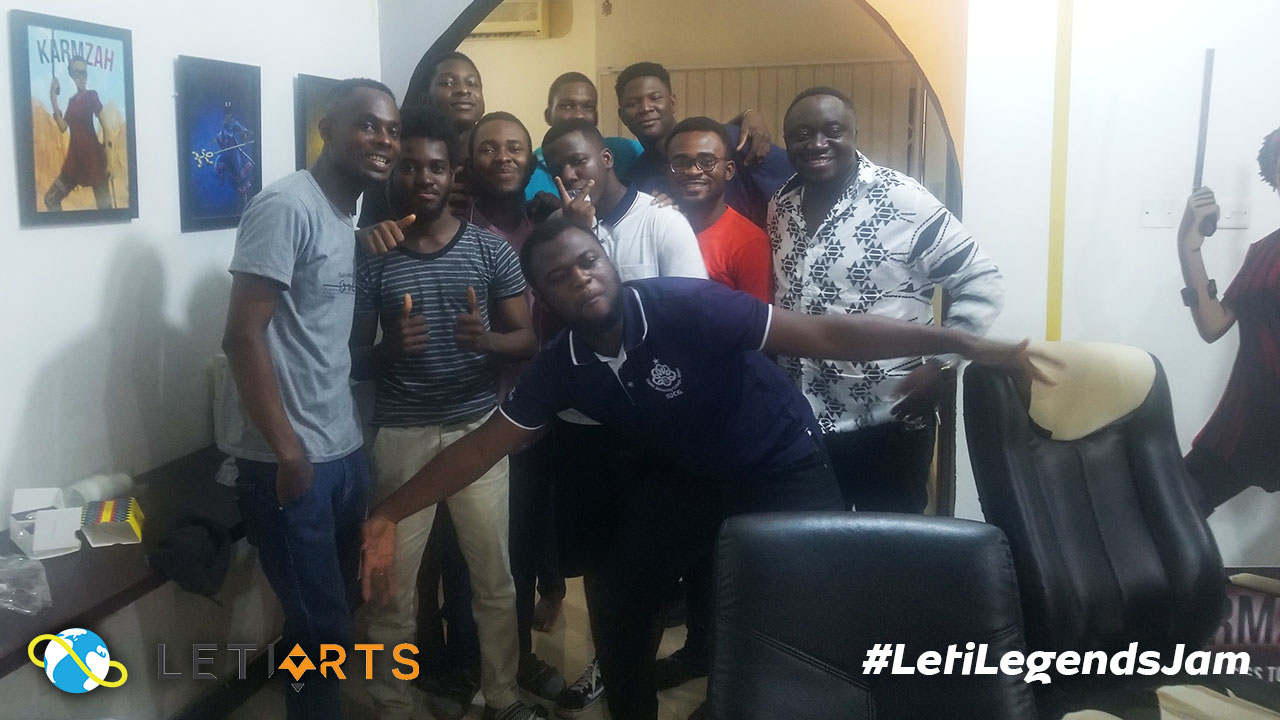 This year’s Global Game Jam at Leti Arts proved to be an epic and unforgettable event that definitely deserves a recap.

On Friday the 31st of January, 2020 at the Leti Arts Headquarters in Accra – Ghana, everything was ready and set for the Jam to begin and we as Leti Arts were eager and excited to receive and meet the Jammers who had registered to our site for the event. Hence, once all the Jammers had arrived and settled in, and the introductions had been made, the Leti Legends Jam was ready to officially get started.

With that in mind, we geared up for the first task: The Brainstorming Session.

Everyone in the team pitched in their incredible ideas of what project we should work on, and after much discussion and a unanimous vote, we settled on a game: The Kente Weaving Game – which we then named ‘The KroHinKro Game’.

A Kente is a colourful Ghanaian traditional fabric which is worn mostly on important occasions and celebrations. A Kente is woven using handlooms, with its fabric’s colours and patterns chosen for both symbolic and visual effects.

With this in mind, the KroHinKro Game concept was thus based as follows:

The game begins with the player having broken a handloom.

To repair the loom, the player must acquire the parts needed to fix it by unlocking each of them through successfully completing a series of game levels, where they need to correctly match colours and patterns of a Kente fabric: thereby simulating the traditional Kente weaving practice.

Once all the parts of the handloom that are needed to repair it have been unlocked, the player wins the game!

With the foundation set from the game design process, the Leti Legends Jam Team was ready to create this incredible game.

Thus, the team divided into four: The Story Writers/ Game Design Documenters, The Creative Artists, The Programmers, and The Testers.

When everything was thoroughly reviewed and all details polished up, the game was ready!

By the close of the Jam, we not only had created a fun and exciting game to play, but we had also had an amazing and unforgettable time with one another where we got to make new friends, exchange ideas and share in our love and passion for game design and curation.

This year’s Global Game Jam has proven to be an unforgettable experience for us here at Leti Arts and we thank and appreciate each and every Jammer who joined us because, without them, none of it would have been possible.

For more behind the scenes details on the Leti Legends Jam 2020 check out our ‘KroHinKro Game’ video on our YouTube channel here.

Till the next Global Game Jam!